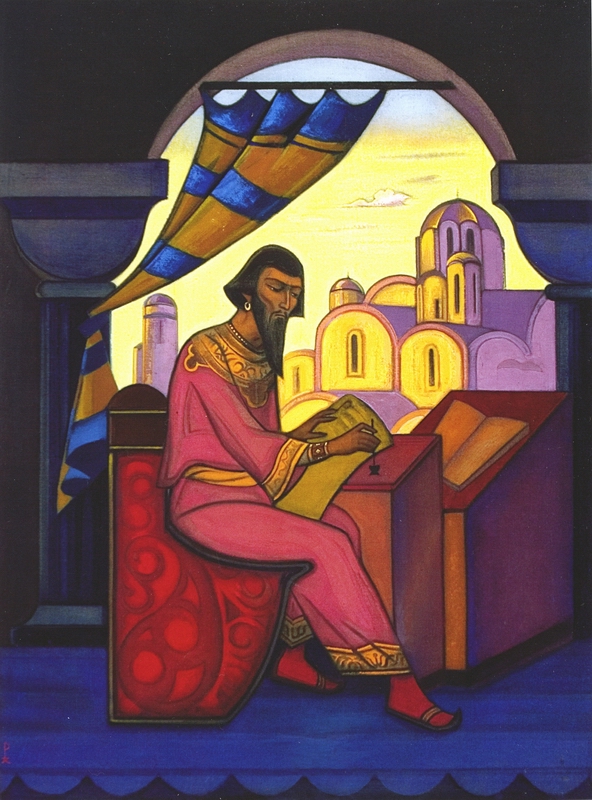 1. "It is possible to express simply the whole complexity of life only synthetically. Synthesis is the solution of life. Just as an infinite number of representations of homogeneous objects fit into one concept and are expressed by it, so the complexity of life phenomena is embraced by a synthetic understanding. It's from the Light. Synthesis means unification. Cosmic consciousness is synthetic consciousness when the infinity of the manifested universe merges into one single world in the great and eternal space now and here..." [Facets of Agni Yoga 1960, 17]

3. "The fiery heart is a synthesized essence and cannot be fitted into purely conventional categories. It can only be asserted that the hypochondriac does not reflect the fiery essence. Thus, one must imagine the fiery heart as an all-containing receptacle." [Fiery World I, 219]

4. "... True enlightenment will not deny, but will collect as many facets and shades of infinite Truth as possible for their harmonious combination into a majestic Synthesis." [Letters of Helena Roerich in 9 Volumes - 7. 6]

5. "Spirituality is a refined striving for true evolution, which is always synthetic, containing all concepts, all things." [Letters of Helena Roerich in 9 Volumes - 6. 135]

6. "Much keen-sightedness, untiringness, devotion, has been laid into the foundation of each synthesis. It is understandable that the man who develops the power of observation sees around himself many generalizations and apprehends how much more attractive these broad paths are. Indeed, synthesis is based upon convincingness and attractiveness. Synthesis so broadly encompasses the essence that negation is alien to the synthetic mind. One must not attribute the special gift of synthesis to certain fortunate individuals. One must industriously develop within oneself this precious quality." [AUM, 501] 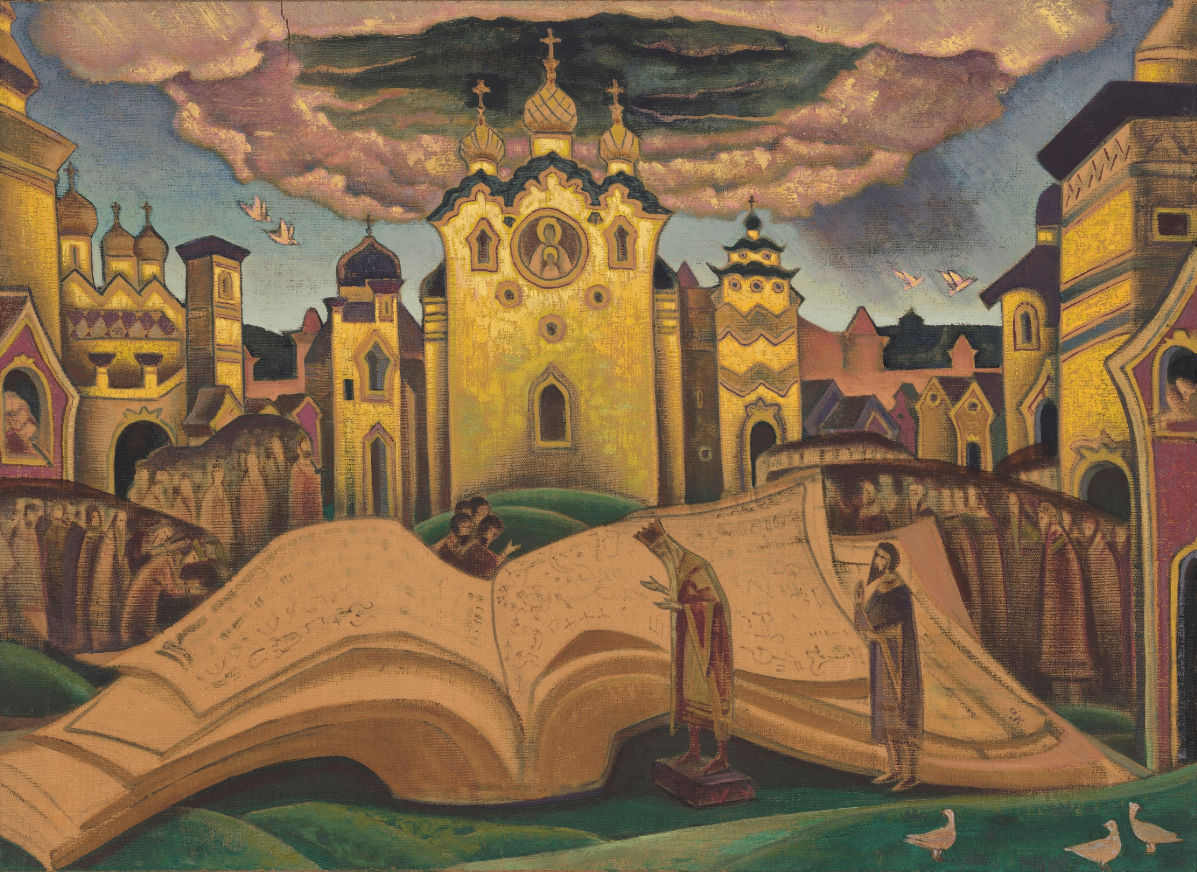 7. "...Synthetic mind or memory is a rather rare phenomenon and a consequence of large accumulations in past lives. Only an expanded consciousness can group the collected information into the cognition of entire cosmic phenomena. All significant discoveries were the result of synthetic generalization..." [Letters of Helena Roerich in 9 Volumes - 7. 89]

8. "The specialist follows the same track, deepening it. Synthetics can touch everything. Synthesis does not mean a little bit of everything, but the comprehension of the essence of the phenomenon in connection with the whole." [Facets of Agni Yoga 1955, 322]

9. "It is impossible to know everything, the human mind cannot accommodate all branches of modern science. But everything can be synthesized in a clear and precise concept of life. But there is a field of knowledge that synthesizes all the phenomena of nature and life in clear, concise, exhaustive formulas of Cosmic Laws underlying phenomena both large and small. It is precisely the cognition of these laws that gives a person the key to the synthetic comprehension of... life. ...True science is cosmic." [Facets of Agni Yoga 1953, 139]

10. "The law is a form of manifestation of the existence of each thing. There is a manifested world of things and phenomena, and a world of principles or laws on the basis of which each thing manifests, and the key to it lies in the knowledge of the law. Comprehension

the law eliminates the need to study phenomena indefinitely. ...And the world, as the highest point of the pyramid, crowning it, can be expressed in a Single Law. The lower, the more points of expression, and the larger and more complex the laws, and the less significant and less cosmic they are. ...The higher the law, the stronger its synthetic essence and the more synthetic the consciousness comprehending it. This means that synthesis is reduced to the knowledge of Cosmic Laws in order to understand the world in its unified manifestation through their forms… Great Laws have Existence in Eternity and lie outside of time and the transience of the material world. The Law is an aspect of Eternity, it is the Stone of the Eternal Foundation of Life. The knowledge of the Laws of the Cosmos is the way to the Eternal..." [Facets of Agni Yoga 1952, 472]

11. "Synthesis must be understood as the apparatus of the laboratory of life. Let us remember this definition. The mind that has achieved the stage of synthesis becomes productive, moral, unifying, non-irritable, capable of manifesting patient cooperation with Hierarchy. How can one explain the advantage of synthesis to one who does not ponder upon Eternity and stupidly shuts himself off from all calls?" [Hierarchy, 326]

12. "And the most urgent task facing humanity now is precisely the synthesis of the spiritual with the material, the individual with the universal and the private with the public." [Letters of Helena Roerich in 9 Volumes - 4. 57]

13. "The accommodation of opposites was an indispensable condition for acceptance as a disciple in the time of the Buddha, and it remains so now. For opposites are in fact only symbols of great and small knowledge. Greater knowledge and skill will always cover lesser knowledge with their dome. Synthesis is the accommodation of opposites." [Letters of Helena Roerich in 9 Volumes - 8. 152] 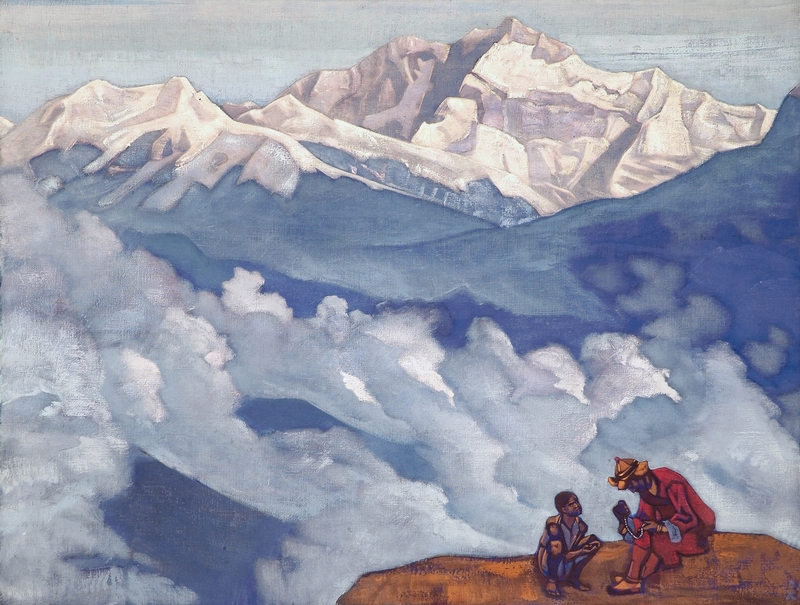 14. "Synthesis is commanded in everything. It teaches the importance of cooperation and community. Specialization is useful if it serves synthesis. One member of the human body cannot be proud. Even the most active of them can exist in the presence of others. Synthesis, the addition of forces, leads forward." [Forward by Nicholas Roerich]

15. "A one-sided consciousness quickly becomes bestial and plunges into fanaticism, intolerance and cruelty, that is, degrades. Synthetic thinking frees a person from all kinds of slavery..." [Facets of Agni Yoga 1966, 175]

17. "It has been said that virtue has a rainbow aura. The rainbow is the symbol of synthesis. Is not virtue revealed as a synthesis of qualities? In each ancient symbol can be found an unquestionable truth. People have understood that virtue is not simply the doing of good. They have distinctly known that only consonances of tensions of the best qualities provide the synthesis of ascent." [Brotherhood, 63]

18. "When a solemn symphony of qualities sounds, one harmoniously coordinated with the other, then the microcosm is likened to the Sun. ...The highest consistency is the crown of all qualities and the achievement of the highest order. Let's call it a synthesis of qualities. Just like the top of the pyramid, synthesis crowns the whole structure and completes it." [Facets of Agni Yoga 1952, 110]

19. "Kingliness of spirit is contained in fiery consciousness, precisely as discipline of the spirit, as an affirmed synthesis, and as a manifestation of broad understanding." [Fiery World III, 41]