Reverence of the Highest 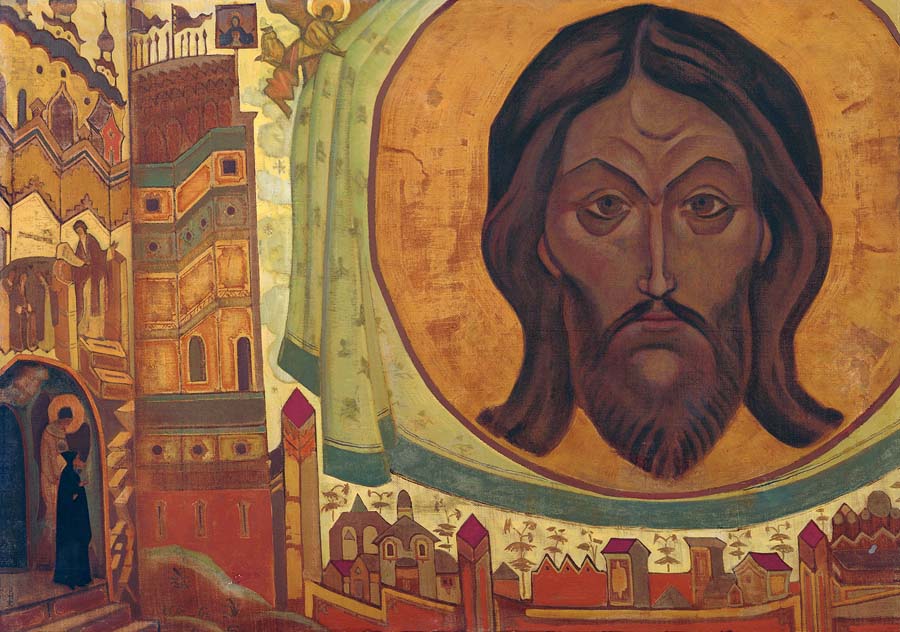 1. "In the heart one must bear reverence for the Higher World as the most important and beautiful fact in earthly life." [AUM, 107]

3. "One must assert striving to the Highest as the essence of life and assume a reverent attitude toward this salutary striving." [Hierarchy, 57]

4. "Thus, let us commune with the Higher World, not by a command but by inclination of the heart. One may transform earthly life only through the bond with the Higher World, otherwise suffering will not diminish; on the contrary, it will lead to ruin. Ignorance must be uprooted, but the best enlightenment is manifested from Above." [AUM, 43]

5. "The forces of the spirit can bring mankind out of the rut if mankind will purify its thinking. Each great principle is that prime mover which uplifts the spirit. A search for the higher principles is the primary task. The Existence of the World is affirmed by fiery principles. Therefore, aspiring to the Highest should be a most essential task. Humanity must ponder upon a reformation in its actions. The Karma of atonement draws near. Each striving must be directed toward the Source of Light." [Fiery World III, 367]

6. "...Every thinking person searches for the Primal Cause. Some seekers use subtle approaches, others coarse ones, yet all seek. The common mistake is in attempting to investigate the Highest Cause without first studying the more accessible ones. In doing so people ignore the need for common sense discrimination in daily events. He who has sufficient wisdom to perceive the causes of the simplest daily occurrences earns the right to dive deeper and to soar higher. Perceiving the causes of daily events refines the thinking process." [Supermundane, 374]

7. "He who knows how to discern the presence of the Higher World in the smallest things is already on the path of ascent. Indeed, it is needful in everything to link oneself to the Higher World. Without such attachment, the path will be a long one." [AUM, 82]

8. "Certainly, each one who contacts the Higher World experiences a trembling, but this unavoidable sensation has nothing in common with fear. Fear is cessation of creative energy. Fear is ossification and submission to darkness. Whereas turning to the Higher World must evoke ecstasy and expansion of one’s forces for the expression of the beautiful. Such qualities are born not of fear but through love." [Fiery World II, 292]

9. "Only the heart, covered with nothing but love, links us with the Higher Forces. The fabric of love is a most sacred one." [Fiery World II, 154] 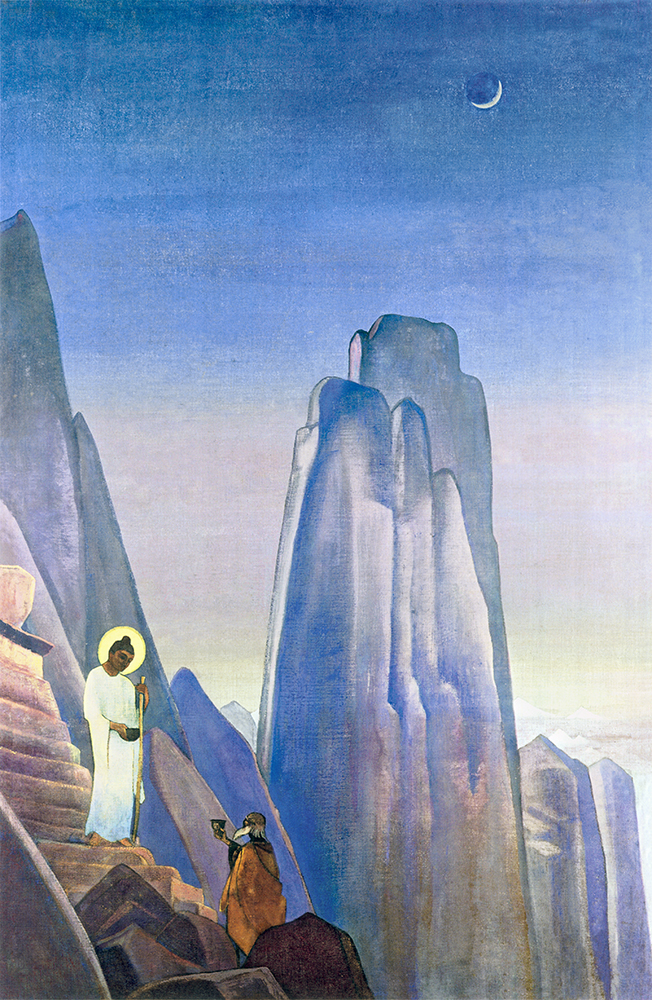 11. "Great Love is laid in the foundation of the Higher World. Only a similar love responds to this quality. The most manifested reverence will not reach its destination without love. What is devotion without love? Can there be fieriness in a withered heart? Following a manifestation of love, there can be expected commensurateness with the Higher World. Each subject can be studied only with love. Each difficulty can be conquered by the power of love. Verily, great Love lies in the foundation of the Higher World!" [AUM, 80]

13. "...The Yoga of today – the link with the Highest – must be accomplished amidst the routine of everyday life. Not hiding from life, but transforming it is required. The fiery essence of the heart is its magnet. Precisely, the heart can open the entrance into Higher Worlds. No special asceticism is needed. Love, labor, and beauty are within the reach of all, under any conditions. Life must be affirmed upon these foundations. Children must be taught that they are the creators of their own happiness. Proper upbringing must precede formal education." [Supermundane, 812]

14. "...The basis of higher ethics is precisely the recognition of the Omnipresent Divine Principle and Love for one's neighbor." [Letters of Helena Roerich in 9 Volumes - 7. 006]

15. "Place four stones in the foundation of your actions: First – Reverence for the Hierarchy. Second – Consciousness of unity. Third – Consciousness of co-measurement. Fourth – Application of the principle, “By your God.”" [Leaves of Morya’s Garden II, 235]

16. "Each day and hour man draws nearer to or recedes from the Higher World.

Let each one by the quality of his thinking further his own ascent and his perception of the Higher World." [AUM, 119]

17. "The consciousness of people does nothing but accept new Hierarchies. And it does that ... driven in its choice by greed and more often by a herd feeling of fear and thirst for revenge! …Truly, it is necessary to understand and recognize the Hierarchy ... – conscious, realizing its responsibility and free from base human feelings – the Hierarchy of Knowledge and Light." [Letters of Helena Roerich in 9 Volumes - 9. 207]

18. "Sacredly, limitlessly, let us sustain our love and reverence for the Teacher, as a healing means of regeneration." [Hierarchy, 59]

19. "Honoring the Teacher of Light in any form is constructive. Reverence connects the worshippers with the Revered and includes them in the orbit of the Light of the Great Spirit." [Facets of Agni Yoga 1958, 13]

20. "The loss of respect for AUTHORITY has generated many harmful consequences, one of the most harmful is the lack of COMMENSURABILITY, it brings spiritual degeneration and decomposition of consciousness." [Letters of Helena Roerich in 9 Volumes - 7. 218] 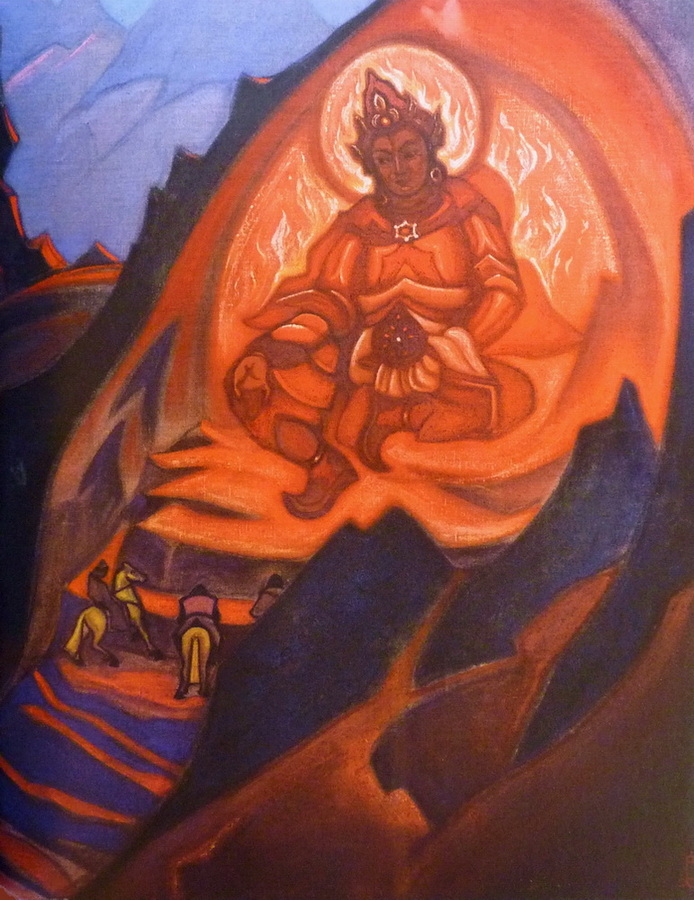 21. "... Not by groveling and fear, but by work and deeds, and by the affirmed qualities [of the spirit], worship of the Supreme is manifested. It is better to assert the qualities in application than to polish the stones with a humiliated forehead. The age is coming, not of slavery, but of cooperation with the Hierarchy of Light. The time of Cosmic cooperation is coming. Under this sign is the transformation of the world." [Facets of Agni Yoga 1954, 568]

22. "Reverence for Hierarchy is different from humiliation. From reverence will be born strength, from humiliation – insignificance. We will distinguish between these two antipodes. Reverence and awe before the greatness of Hierarchy and its Light have nothing in common with humiliation, near which gray fear, ingratiation and servility stir. The Reverence of Hierarchy and the dignity of the spirit do not exclude each other..." [Facets of Agni Yoga 1968, 566]

23. "Whoever reckons wealth in the material world is a pauper in the Higher World." [AUM, 190]

24. "It is necessary to be deeply conscious of the Higher World in order, by its signs, to know how to step through the mire of the street." [AUM, 204]

25. "Boredom is not in Infinity, but in human limitations. Do not permit the gray dragon to triumph… Thus, the conquest of daily routine is reverence of the Higher World." [AUM, 319]