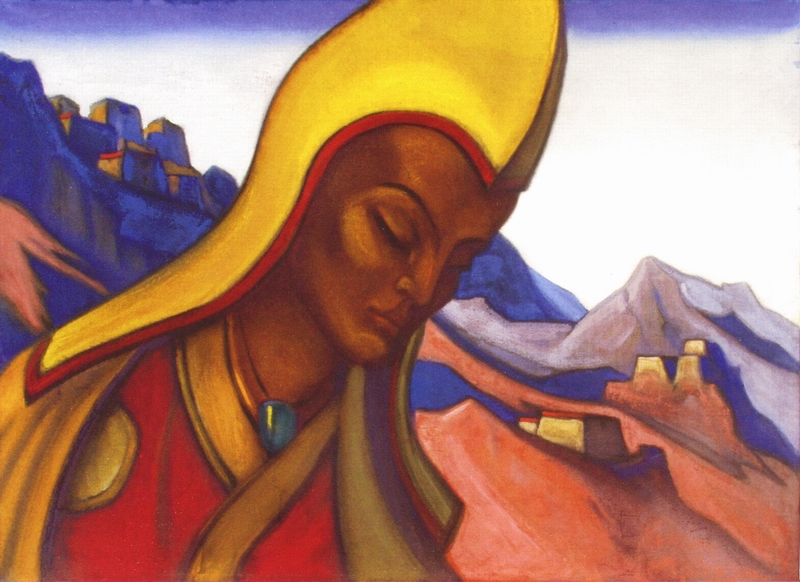 “One of the great concepts, often incorrectly interpreted, is precisely the great concept of humility. It has been interpreted as non-resistance to evil; it has been interpreted as good-heartedness, as compassion, but very few accepted it as self-denial. For only self-denial and self-sacrifice can give understanding of humility. Truly, We see the giants of spirit and the heroes who devote themselves fully to the humble tasks for the good of humanity. We know of great experiments being humbly carried out in the earthly laboratories for the benefit of humanity. We know the great fiery experiments of those who dedicate their lives wholly and humbly to the benefit of mankind. We know manifestations on the path to the Fiery World which inspire all surroundings. Truly manifold is humility manifested through self-sacrifice and self-renunciation. Heroism is a manifestation of various aspects of humility. Thus the records of space are filled with great deeds of humility. Invaluable are these fiery flights of the spirit. Thus, verily, the heroes of humility drain the cup of poison for the good of mankind.” [Fiery World III, 24]

“Mankind is accustomed to demand Good, but very rarely does man think of giving. Hence the humility of a saint who carries a fiery chalice is regarded as the highest humility. The fiery chalice holds the essence of the saving of the spirit of mankind and the atonement.” [Fiery World III, 25]

“Human conceit is the most terrible and the most common obstacle to spiritual progress. One must know how to fight this foe unremittingly. Humility is ordained to us and is expressed first of all by self-renunciation, or rejection of egoism.” [Letters of Helena Roerich II, Oct.1 1937]

“… The main basis is great Humility. Humility, which has nothing to do with humiliation, but is expressed in the understanding of the great principle of Hierarchy and self-denial on the path of Service.” [Letters of Helena Roerich in 9 Volumes - II. 51]

“The quality of humility does not mean humiliation but includes the ability to humble one's egoism and desires and curb one's lower self.” [Facets of Agni Yoga, 1968, 566]

“Humility or humbleness is a high and rare quality, it is born only in pure hearts, whose have been much tempted and purified by great sufferings, and it is strengthened by penetrating knowledge of the essence of things. It is humility, like simplicity, that comes with great knowledge.” [Letters of Helena Roerich in 9 Volumes - VIII. 105]

“The worst of all is to understand humility as mediocrity. Humility is the worthy carrying out of Service. Is standing guard before the trusted gates insignificant? Not insignificant is a resolution to perform better labor. Standing before the Fiery World cannot be of no account. But true Service lies in the toil of patient endurance and perfectionment. Such quality pertains to the Fiery Path.” [Fiery World III, 500]

“…humility is the companion of success”. [Fiery World III, 52]