Piano Trio, Op. 50 "In Memory of a Great Artist": I. Pezzo elegiaco by P.I. Tchaikovsky 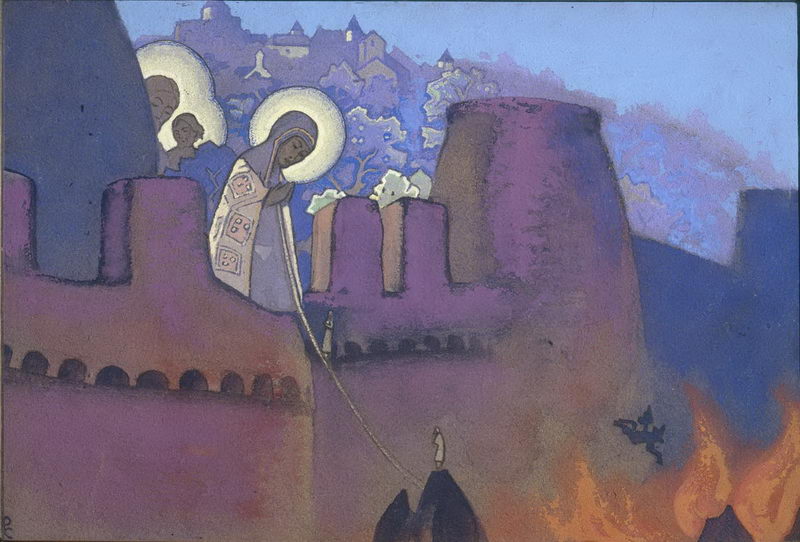 1. "Brother will not censure brother, for he knows that condemnation is dissolution. Wisely does a brother help at each turning of the path."  [Brotherhood, 424]

2. "When the public apprehends all the evil of condemnation, it opens new gates to the future. So much time is thus freed for cognition, for the art of thinking, for the creation of true good; and in these the best fires of the heart are kindled." [Fiery World II, 286]

3. "...Do not condemn anyone's faith if it helps someone to turn to the Highest. Only fanaticism and fanaticism are unacceptable." [Facets of Agni Yoga 1955, 258]

4. "Listen, but judge not. Often precisely an outflow of poison liberates a man for a new path. The Teaching extends aid not by negation but by attraction." [Fiery World II, 410]

5. "It does not happen that a person is completely and unconditionally bad. You can see sparks of Light in everyone and try to strengthen them, instead of extinguishing them with condemnation and unwillingness to admit their presence. Thinking badly about a person makes him even worse, but by elevating him, we give him the opportunity to rise. Appealing to the best that is in a person, we open the way for him to the Light." [Facets of Agni Yoga 1971, 446]

6. "Many there be still ignorant—forgive them, for their spirits slumber." [Leaves of Morya’s Garden I, 26]

7. "One must forgive people their failure to understand.

It is essential to be lenient with beginners’ mistakes." [Leaves of Morya’s Garden I, 414]

8. "You may be asked how the entrance upon the path of Service is defined. Certainly the first sign will be renunciation of the past and full striving to the future. The second sign will be the realization of the Teacher within one’s heart, not because it is necessary thus, but because it is impossible otherwise. The third sign will be the rejection of fear, for being armed by the Lord one is invulnerable. The fourth will be non-condemnation, because he who strives into the future has no time to occupy himself with the refuse of yesterday. The fifth will be the filling of the entire time with labor for the future. The sixth will be the joy of Service and completely offering oneself for the good of the world. The seventh will be spiritual striving to the far-off worlds as a predestined path. According to these signs you will discern a spirit ready and manifested for Service." [Hierarchy, 196]

9. "What is the difference between discussion and condemnation? Discussion, or analysis of a person's character and his actions, is necessary for his knowledge, but condemnation is harmful. ...Condemnation has no benevolence in it, it is poisonous and evil. ...To know or discuss does not mean to condemn at all. You need to know." [Facets of Agni Yoga 1966, 706]

10. "Only limited people condemn. Not out of condemnation is perfectment born." [Brotherhood, 41]

12. "To know and not to condemn are qualities of a high spirit. They interpret this as forgiveness. But is it possible to forgive causes that cannot fail to give their consequences?" [Facets of Agni Yoga 1961, 175]

13. "Around the concept of forgiveness there is a great lack of understanding. One who has forgiven someone assumes that he has accomplished something out of the ordinary, whereas he has merely preserved his own karma from complications. The forgiven one thinks that all has been ended, but, of course, karma remains ahead of him. True, the forgiving one did not intervene in the karma of the forgiven one and thus has not made it more burdensome, but the very law of karma remains with both participants." [Brotherhood, 445]

14. "It is difficult to combine a person's knowledge with non-condemnation. ...Condemnation is closely related to the self, which believes that it is she who suffers or has suffered damage from the lack of the condemned. Forgiveness and non–condemnation are manifestations of different order. A person cannot forgive or not forgive another, since Karma disposes of the consequences of each act and forgiveness does not free from Karma. But the condemnation or trial of another person is certainly unacceptable. There are no positive elements in condemnation – it is destructive." [Facets of Agni Yoga 1965, 356]